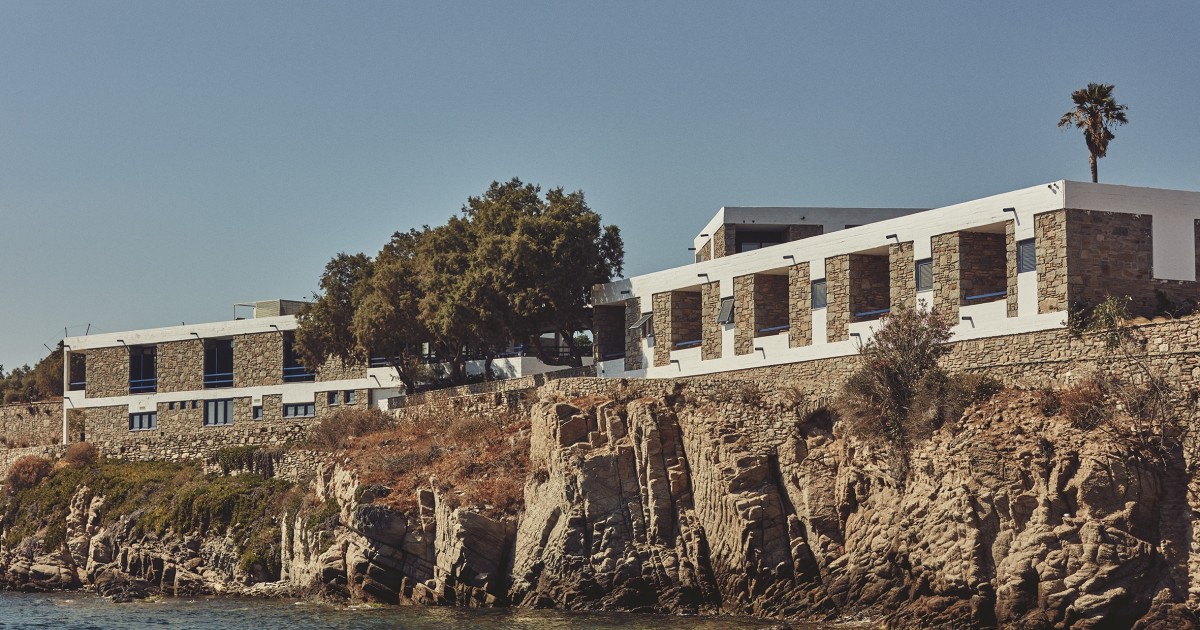 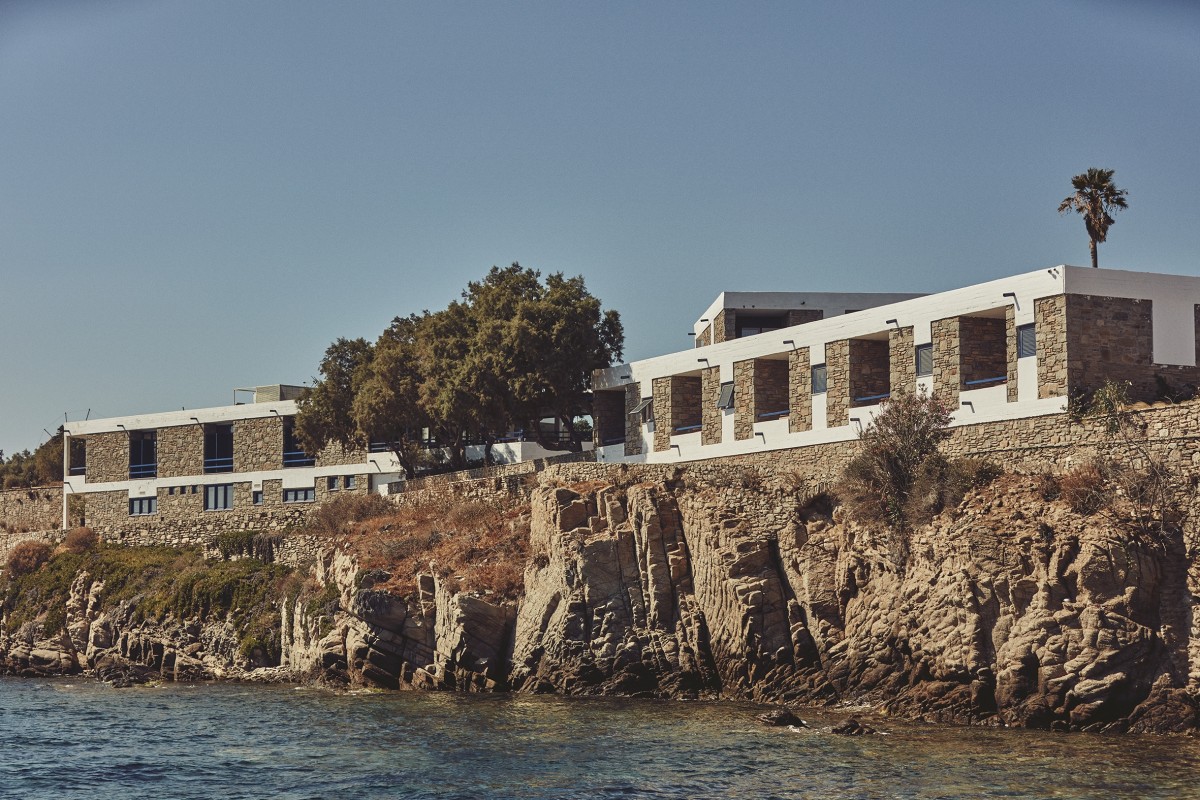 A promise that is clearly betrayed by its very name: THEOXENIA – the hospitality of the gods. A member of Design Hotels, Mykonos Theoxenia, after a radical renovation, recently officially opened its doors and reintroduces itself to the modern eclectic traveler as an international destination hotel that stands out for its cosmopolitan air and its authentically Greek soul. A landmark building of the 60s in a location of incomparable beauty, under the protection of the Greek Ministry of Culture, is today being revived in an exemplary way by the well-known hotel chain Louis Hotels in collaboration with the hotel management company Trésor Hospitality which already manages more than 10 hotels in Greece.

The legendary story of Mykonos Theoxenia begins as early as the 1960s, when the island of the winds as it called became the favorite destination of the international jet set and the cosmopolitans of the time landed here, in this sunny and rugged Cycladic landscape, enchanted by the raw beauty of the place, the fiery light of the Mediterranean sun and the relaxed rhythms of the Greek summer. The bold venture of a visionary architect of the modern movement, Aris Konstantinidis, and its unique location at the edge of Chora was all that was needed to create the first five-star hotel on the island of Mykonos. Built in the 60s from the same stone as the island's breakwaters and in perfect harmony with the natural landscape, the legendary Xenia Mykonos stood proudly at the edge of Chora, just a few steps from the picturesque windmills, overlooking the Aegean and the holy island of Delos, the birthplace of light.

The favorite hotel of Aristotle Onassis and Jackie Kennedy, which was later renamed Mykonos Theoxenia and retains its name to this day, was radically renovated and with absolute respect for its modernist architecture by the distinguished group Vois Architects in collaboration with the creative office Cosmos Anima which edited the interior design. The result deservedly vindicates the modern traveler who seeks the authentic experience of the Greek summer in its most refined form, what in Mykonos Theoxenia is called "Greekness", combining the authenticity of that decade with high-standard services and the sophisticated aesthetics of timeless design. From its iconic architecture to the smallest detail, Mykonos Theoxenia invites the visitor to experience the "hospitality of the gods", discovering the quintessence and evocative simplicity of the Greek summer. From the colors of the hotel that come in perfect harmony with the natural landscape, the soft bedding and organic linen textures to the sculptural forms of the building, everything here contributes to the creation of a unique atmosphere, welcoming and at the same time subtly luxurious.

For the insider, the real Mykonos is a place that is unassumingly beautiful, relaxed and perfect for exploring on bare feet. The same values ​​that pervade Mykonos Theoxenia, from the aesthetics of the space and interiors to the hospitality services and the unique experiences it offers to the visitor, experiences that awaken all the senses. Surrounded by imposing pines and tamarisks, the visitor to Mykonos Theoxenia can connect with his inner self by doing morning yoga overlooking the Aegean, wake up energetically with a day trip to Delos, enjoy the full moon or indulge in the top flavors of the Mediterranean a menu that has been expertly edited by the renowned chef of Louis Hotels, Kyriakos Sotiriou. At Mykonos Theoxenia, hospitality returns to its fundamental values, penetrating deep into their essence, and the dream of the authentic Greek summer finds its best expression.

Welcome to the revival of a Myth!